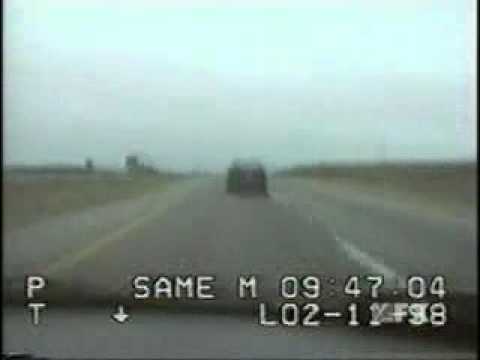 It saddens us that a 15 year old would recklessly drive in the streets without a license/permit while endangering other lives as well as the police officers’ lives.  What saddens us even more is the kid used a BMW E30 M3, the unicorn of the BMW 3-series, to attempt to run away from the cops.

The situation seen in this video is all bad, all bad.  But what amazed us is how the BMW E30 M3 easily performed in high speeds as it was being driven by an inexperienced and an unlicensed driver.

We are thankful that no one was seriously injured during this chase and we are glad that the kid got justice served upon him.  Kudos to the officers who were able to stop the kid from doing anything worst than what has been done.  We’re glad that everyone lived to see another day.

Too bad the kid blew that supercharged s14 engine on the BMW E30 M3.  We wonder what happened to that unicorn…


Warning: count(): Parameter must be an array or an object that implements Countable in /nfs/c08/h05/mnt/123662/domains/e30lifestyle.com/html/wp-includes/class-wp-comment-query.php on line 399